Potamotrygon Leopoldi For Sale, Known only from the Rio Xingu basin and Rio Fresco in central Brazil. Like other members of the genus it inhabits a variety of biotopes. These include sand banks, the shallows of major rivers and slow-moving tributaries with substrates of mud or sand. It also move into areas of flooded forest during the annual wet season and can later be found in terrestrial lakes and ponds formed by the receding flood waters.

Strictly speaking, decor isn’t really necessary in a tank set up to house rays. You can however add some large chunks of bogwood, beech branches or smooth rocks if you wish. Ensure that any such furnishings are too heavy to be moved around or secured to the tank in some way, and that there is as much open swimming space as possible.

Dim lighting is preferable, although once settled in most rays will also be active under brighter conditions. Plants that require rooting in the substrate will be eaten, but you could try species that can be attached to items of decor, such as Java fern or Anubias spp. Even these may not survive the rays’ attention though.

Be the first to review “Potamotrygon Leopoldi For Sale” Cancel reply 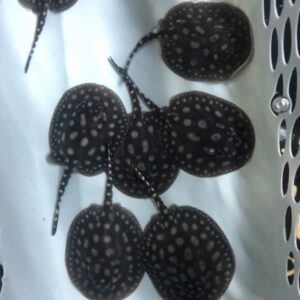 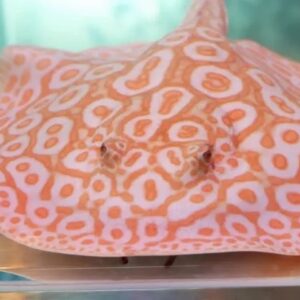 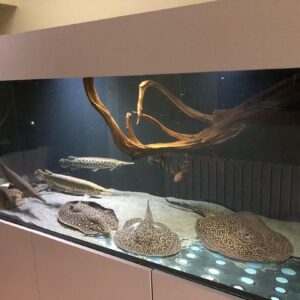